This post might be (and probably will be) rambling and jump all over the place. Please bear with me – it’s very late at night.
I’ve been thinking about invisibility a lot, in the last few months. Now this is a good thing, one might say, for a fantasy writer: invisibility is a classic gimmick, and one that can be used to tell an exciting story while at the same time touching on a number of different themes, and thus talk about reality and truth. A good subject, invisibility, easily recognized and versatile.

Indeed it can be argued that my story The Smell of Empty Places (that was published in Italian in Acheron Books’ Dark Italy, and might one of these days be published in English, too) is a story about invisibility – the main character suffers (or enjoys? Ah!) a sui generis form of social invisibility, and making herself invisible is what she needs to do in order to escape the monsters she was able to find exactly because of her peculiar situation.

The inciting incident, so to speak, was a song, by one of my favorite bands, Tokyo Jihen. The song is called Toumei Ningen – that is, Invisible Human – and it describes invisibility in a positive way, as something desirable, and also something we will all experience sooner or later. To a snappy upbeat tune, the invisible human in the song explains that thanks to her condition she’s able to avoid rumors, and learn secrets, and at the same time get closer to people and to their emotions than she’d be were she visible. Being invisible makes one more open to reality.

I’m an invisible human, but I want to become even more transparent
That’s my only wish
To say something is bad is super difficult, it’s not something I can easily do
I want to confirm everything by touching them one by one, all those wonderful things

Now the song was written by Sheena Ringo, a sophisticated writer that often uses elements from Buddhism and Zen in her songs (and also bits and pieces from Eastern folklore, from horror and science fiction – which explains why I like her so much, I guess), and the connection between being invisible/ceasing to exist and getting in touch with the deeper realities of our everyday life is a rather basic concept – it’s one of the roots of Zen meditation, for instance: no-mind, you’re there but not there, you’re invisible but you perceive everything.

As I have mentioned I went back to reading Zen texts these days (I needed a change of pace from sword & sorcery and thrillers) and the issue of invisibility came back to me from a different angle – the need for the observer to disappear. Then today, as I was talking with some writer friends, a few pieces clicked into place, and it became apparent to me that the desirability of being invisible applies to writers in three distinct moments:

Maybe this is all shallow, useless philosophy, and really as it was suggested a while back I should concentrate on paying my bills and leave philosophy for later (yes, I’m having a hard time forgetting about that comment – because it cut close to the bone). But after all I don’t like doing what I am told – especially when I am under the impression that by doing what I am told by someone else, I’d do the interests of someone else, and not my own.
So I think I’ll write more on the subject – I am after all a writer, that’s what I do: I write.

And it turns out we are all trying to disappear: the friends I was talking with today are two fine writers of supernatural fiction, and yet one says he’ll stop writing in September and move to a different field, and the other no longer writes supernatural fiction, but has successfully moved on to noir thrillers.
Why?
Because they can’t stand the spotlight anymore, the need to sell their brand and not their stories, the need to be social, to have the right friends, to write what’s deemed fashionable this season, to go to fairs in full cosplay to attract buyers, but maybe not readers, and to be perceived as part of a field that – at least hereabouts – is increasingly filling up with cheap rubbish.
My friends are taking their cross to the other hill, so to speak.
I wanted to be a writer, not a circus clown, one of them told me.
I can relate to that.
So who knows, I might do the same and become invisible: stop writing fantasy and open a zendo here in the wine hills of Astigianistan, make my philosophizing pay my bills.
And keep publishing under an alias, blissfully transparent and thus closer to the truth.

I’ll keep you posted about the developments. 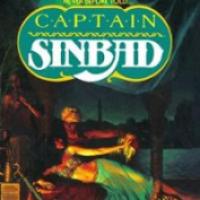 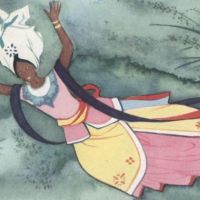 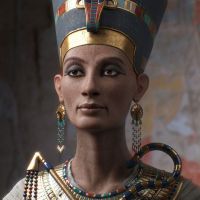 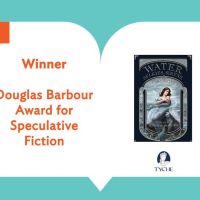