More ebooks – it’s been a while since I last talked about pulp.

David Dodge (1910-1974) is one of my favorite authors when it comes to thriller crime fiction.
Dodge is universally known as the author of To Catch a Thief, from which Alfred Hitchcock made his classic caper movie featuring Cary Grant and Grace Kelly, but in fact had a huge catalog of titles, most of which are hard to find and have never been reprinted in these last forty years.

Apparently, Dodge – an accountant with a passion for amateur theater – had started his writing career on a dare: when he had complained about the poorly written crime novel he was reading on the beach, claiming he could do better, his wife Elva bet him five dollars that he could not.

In 1941, David Dodge wrote Death and Taxes, and won his five bucks.

Apart from his crime and adventure novels, Dodge also penned a series of travel books, starting soon after his discharge from the Navy in 1945 (he was a Lieutenant Commander during the Second World War). He traveled to Guatemala by car, bringing his wife and daughter along.
He would later visit Europe and South America, writing about his experiences on the road.

Indeed, the idea of the man on the run from his past, lost in parts unknown, surrounded by enemies, involved in the activities of shady characters, unjustly accused, would become one of the trademarks of David Dodge’s fiction.

Dodge’s books are a fun read, that mix the author’s experience with financial practices, exotic locales, a dry wit and tough, resourceful characters involved in complicated capers.
Dodge’s handling of both dialog and colorful set-pieces was crisp and well-paced, and his books read like a breeze.

Plunder of the Sun – from which a movie starring Glenn Ford was made in the early ’50s – with its mix of noir intrigue, pre-Colombian treasure hunt and exoticism is certainly one of my all time faves. It features one of the most breath-taking, claustrophobic scenes I ever read, and it’s the sort of book that I have in mind when I try to write adventure fiction.

To me, being able to write such a tight, thrilling story, with such a collection of well fleshed-out characters, would be a definite achievement, something to be proud of.

While To Catch a Thief has been generally easy to find due to the Hitchcock connection, the other books have become collector’s items. Hard Case Crime reprinted Dodge’s Plunder of the Sun and the never-before-published The Last Match. Two other titles were reprinted by Bruin Books.

Now, the five “best known” (and more widely circulated) titles from the Dodge catalog are available as inexpensive ebooks, through Diversion Books:

Quite a nice selection, all things considered: Dodge’s debut noir, two of the three books in the Colby series of exotic adventures, and two stand-alone novels set on the French Riviers, including the author’s long lost last work, filled with his passion for travel and his need for escape.

I even like the covers of the ebooks – even if they are no match for the originals by McGinnis – that while very simple and essential, give the series a nice stylish touch.

This is indeed good news – there’s still a lot of stuff out there waiting to be discovered, but this is certainly a good start for a collection. 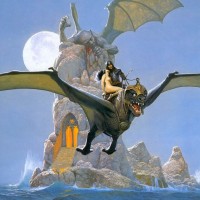