… except where I screwed up.

I write historical fantasy (among other things).
My Aculeo & Amunet stories are set in the Third Century AD, and the historical details are as accurate as possible.
I try and keep the world historically real.
Then maybe a be-tentacled creepy horror pops out of some dark corner.
Historical.
Fantasy. 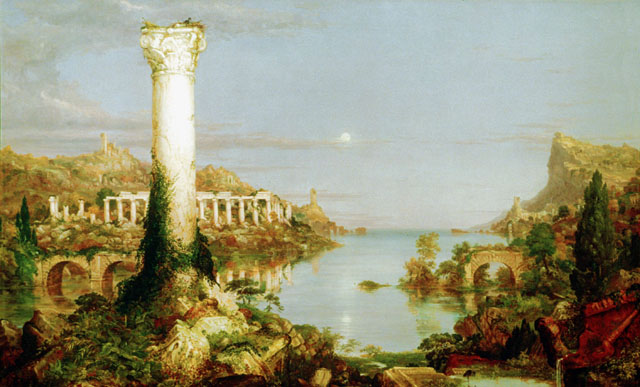 Now, thankfully, history has so many dark corners and fuzzy borders, that finding the right place to fit in our invention is usually quite easy, or at least lots of fun (thus compensating the trouble).
The trick is blending history and fantasy as seamlessly as possible.

And I’m not the kind that overly obsesses over accuracy, mind you – part of my historical research is based on old sword & sandal movies and Savage Sword of Conan comic books, after all.
Anachronism is my friend.

But having chosen a historical setting instead of a completely made-up secondary world, I try to keep my facts straight.
Which is part of the fun (I like history), and part of the challenge.

The simple rule of thumb, when writing historical fantasy is something like

keep your facts straight, and make up the rest (as plausibly as possible)

This is why I get royally pissed off when professional writers show contempt for this simple rule, and by extension contempt for the readers, and the genre, and everyone else on this planet.

For instance: a few days back an author is presenting his new story on the web – a historical fantasy, a horror story set during the First Crusade (1096-1099*).
Cool.
One of the leading characters, we learn, is a Jesuit.

Ouch.
As one of the readers points out, the Jesuits were founded in 1534.

And the author replies

“the historical reconstruction for some events is accurate, but it’s a fantasy story anyway, and there’s a license to deviate, such as in the case you pointed out”

Which is obviously ridiculous – a Jesuit at the First Crusade is not a creative license, no more than feeding the Crusaders potatoes and tomatoes would be.
This is simply not knowing history (bad, when you write historical… anything), not taking the time to check a few facts on Wikipedia, not having a serious content editor at work on your story, and basically not giving a damn about the whole thing.

Granted – there’s a number of tools I can use to plug anachronism in my historical fantasy: time travel comes to mind.
We don’t even need to give the reader big explanations – the protagonist in Lest Darkness Fall “stumbled back in time”, and that’s all the rationale Lyon Sprague De Camp gives us.
And that novel is just great.
In The Wheels of If (Sprague De Camp again), the main character “slips sideways in time” – and again, the story is just great.

But it takes that little extra effort.

And yes, in the end what actually bugs me is not the Jesuit at the First Crusade (I can make a great story out of that**), but the reply of the author when the anachronism was pointed out to him.
The “it’s just fantasy” defense is the last resource of the rank amateur.
And as Steely Dan used to sing, hot licks and rhetoric don’t count much for nothing.

———————————
* No, I don’t remember the dates of the Fisrt Crusade by heart – but Wikipedia is quite useful for quick data-checking.
** and my friend Claire points out there’s a lot of potential in time-slipping a Jesuit back at the time of the Crusades – just think of the culture shock (medieval crusaders were not very orthodox Christians, from a Counter-Reform point of view); therefore, yes, I took note of the idea, and maybe I’ll write it the way it should be written.