As it usually (and frequently) happens, I was looking for a gift for my brother’s birthday, and I ended up buying a few books for myself. I also found a suitable gift for the brother, so it’s all right.

And among the books I bought for myself there’s one that’s moving steadily to the top of the best books I read this year. I bought it from Amazon and I am happy of my purchase, but you can find it for free on the Project Gutenberg.

The book is called The Road to En-Dor, and it was written in 1919 by a former officer of the British army, Welshman E.H. Jones. The subtitle is suggestive…

It is the account of how Jones and RAF pilot C.W. Hill, both prisoners of the Turkish forces in a camp in the Altai mountains, set up a colossal spiritualist scam in order to bamboozle their guards and make good their escape.
It took them almost two years, and a lot of chutzpah.
Jones calls his fake medium ploy “spooking” and the made-up Spirit Guide he created with the help of Hill is, of course “The Spook”.

The book is written in a plain, straightforward tone and it does really sound like the reminiscences of someone that saw some pretty dark places, but got through it all, and now can talk about it.
Jones is a fine writer, the plot hatched around the ouija board is the sort of crazy that would be deemed implausible in a novel, and the succession of events feels like a very good adventure comedy-drama.
The BBC should do a series from this book.
Indeed, there is a screenplay, written in 2014 by Neil Gaiman and Penn Jillette (of Penn & Teller) – but apparently nobody was interested in shooting the script.

This book ticks all the right boxes with me – it’s an adventure story, it’s set in the East and somewhat along the Silk Road, it’s set in the early 20th century. It features war (and little-known episodes of the Great war inparticular), danger, espionage, bravery, survival, the supernatural, stage magic and confidence games. And it’s a true story, narrated with the dry wit of a man from a more civilized time.
This is a perfect example of why I love history so much. 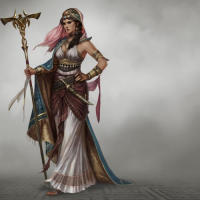