It’s late on a Saturday night, I’m going through one of my usual bouts of insomnia, I’m nursing a hell of a headache, and I’m browsing the blogs that I follow to see what’s up and read a few posts to distract myself.
And I stumble on the post of a guy that has just found out our civilization is fascistic, because just look at the new Oscar award standards, that require a wider representation and diversity – who sets these standards?, the poor soul cries to the skies. Why are they imposing this on us?!
I think I’ve already written about this, but it’s quite surprising finding out the muddy bottom of the internet reaches into your blogroll, and the bottom feeders are actually making noises in my backyard.

And there, in one of the comments, someone gives us the baseline racist statement of the week

That’s the way things have become… just check any movie or TV series from 2000 on: there will be a person of color, and then an Asian, and then on to all the minorities… transgender too, nowadays…

I’m sleepless, I have a headache and a bug just committed suicide by diving in my tea. And now this. Even my renowned zen-like patience has a limit…

So I did a little Google search and found a thing called World Population Review, that has a nice chart about the number of humans on our planet, continent by continent.

Based on the above chart, almost 60% of our current population lives in Asia.
They are, in other words, Asians.
And that 17% of population living in Africa… well, they are likely to be mostly persons of color, I guess.

So, were a film or a TV series to be accurately portraying the global proportions, over half of the cast should be “Asian”, and out of ten characters one or two should be persons of color. Only one would be European – and a fair percentage (that I have not handy, and my headache is too insistent for me to do a search) of Europeans trace their origin in the African or Asian Diaspora – so that single European might as well be the sort of person that causes the bottom feeders to cry.

Oh, and yes, one of the great things of this modern world is that you can delete a blog from your blogroll like [snaps fingers] this. 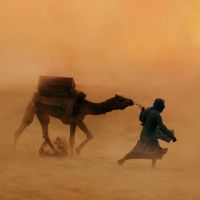