One day I will write a story. It will be called Still my favorite song, that is a quote from a song by Burt Bacharach, called It was you. I often use old songs to find a title for my stories and my works. My weird western gaming supplement for Deadlands is called Messico & Nuvole, and that’s the title of a song. All the Hope & Glory novellas have a title based on a record or a song, and Hope & Glory itself references Edward Elgar, of course.

One day I will write Still my favorite song, that is a story about a guy that after thirty years still has dreams in which he meets his first love. I could quote Donald Fagen’s The Goodbye Look, given the premise, and call the story An old lover dressed in grey, but Bacharach is more fitting. Fagen is too cynical.

In the story, whenever this guy is going through a rough patch in his life, he gets these dreams, and finds himself in a deserted city, a stark black and white city in a sort of Norman Bel Geddes modernist style, and there he meets his old flame, and they spend some time together, exploring the empty city, and talking. Then he wakes up, and he has only a sketchy memory of what they did, where they went, what they found out, what they discovered. But it feels good.

The dream thing goes on for a few nights, then the affairs in his real life get better, and the dreams are gone, only to return, months or even years later, when something goes wrong in his life again.

This goes on for thirty years. Then one day they meet in real life. She’s happy, she has her own life and everything. They have a cup of tea and a talk, like good old friends would. And talking together, they find out they have been dreaming the same city. They saw the same landmarks, went to the same places, and she has been meeting him there just as he met her.

I don’t know what will happen from that point on, in my story. I want to write it to find it out.

One day or another I will write Still my favorite song. Not right now, but I will, I know I will. After all, don’t they tell us we should write based on our own experiences?

9 thoughts on “Still my favorite song” 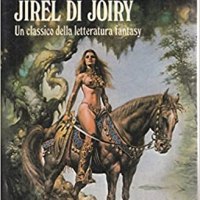 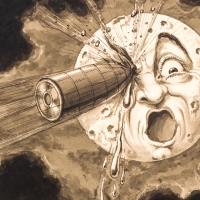