Some very very apocryphal Aculeo & Amunet – with a wink at my friend Claire.
File under “metafiction“.
Or something equally fancyful.

Amunet dropped the rolled-up parchment on the table in front of Aculeo.
“You read it,” she said.
He picked up the roll but kept his eyes on her, as she moved to the window, her expression sour.
“Why me?” he asked.
She shrugged, and pretended to look out in the street below.
“Because I know what he’s going to say,” she said finally. “And I hate men that grovel.”
Aculeo fingered the cheap vellum.
“He’s a good man,” he said apologetically.
Amunet snorted.
“Men,” she said. “Always sticking together, right?”
The Roman shook his head.
“It’s not like that,” he said.
“Oh, no, it’s not like that!” she mocked him.
“He trusted his old comrades,” Aculeo said. “That’s what a good man does.”
She turned and stared at him with fiery eyes. “That’s what a fool does,” she retorted, angrily.

“He meant well.”
She laughed, a brief, evil sound. “You kill me,” she said.
Aculeo grunted and unrolled the letter.
He felt her eyes staring, as she tried to read his expression.
It was not a long message.
He sighed, rolled the parchment tight, and tied it up again.
“Well,” she said.
“Well what?”
Amunet rolled her eyes. “Well, what does he say?”
He grinned. “You read it.”
She crossed her arms. “You think you’re very smart, don’t you?”
He nodded. “Smart enough,” he admitted. “Smart enough.”
He handed her the scroll. “He does not grovel,” he said.
She arched an eyebrow.
“Not much, that is,” he winked.
She shook her head, picked up the letter and unrolled it with a single flick of her wrist.
Her violet eyes followed the script, a wrinkle between her eyebrows.
“Terribly sorry–” she mumbled. “Best intentions–necessary to pull out of the project gracefully–”
She stared at Aculeo. “Gracefully?”
The Roman shrugged.
“He publishes us together with fucking Miranda the Elf,” she said, “and then talks about grace?”
“He had no control on the other stories. And they treated him as badly as they treated us,” he said.
“Now this really breaks my heart,” she replied, bitterly.
“And she is Miranda the big-boobed Elf,” Aculeo added.
Amunet looked at him like he was a gnat.
“Just for the sake of literary exactitude,” he said, making a face.
She shook her head and went back to the letter, her foot tapping a nervous tempo on the floor.
“And this should be enough?” she said, finally. “What a jerk!”
“You’re being unfair,” the Roman said. “You know the guy fancies you a lot.”
“What?!”
He grinned. “C’mon, you know it,” he repeated.
Amunet shook her head. “He’s–he’s old!” she said.

“He treats you like a princess,” he retorted.
“Well, I actually am–”
“Yeah, right.”
She cursed him, viciously.
“You have lots of fun together,” Aculeo pointed out.
She huffed. “Lots, now–”
He smiled, shaking his head.
“He likes you,” Aculeo went on. “He was trying to help us, and help his friends too.”
“Some friends,” she snorted.
She looked at the rolled parchment still in her hand, and threw it in the brazier.
“He’ll pay for this,” she whispered, looking into the flames.
“He will pay.”
Aculeo sighed. “Ah!” he said emphatically. “Teenage love!”
And then he was quick to duck through the door as a cup shattered on the wall by his head.
By Mithras, he thought, her screams following him down the staircase, the guy will never know what hit him.

5 thoughts on “A Letter from the Old Man” 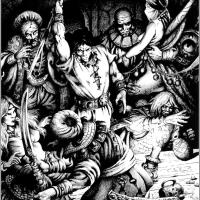 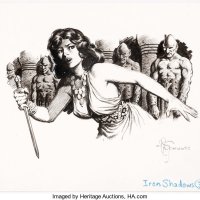 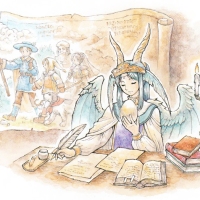 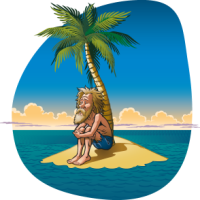